Terung (Malay) is a Solanum melongena of the nightshade family ( Solanaceae ).    It is known as eggplant for its resemblance of goose or hen’s egg.  It is also known as melongene, aubergine, brinjal, garden egg or guinea squash.

There are numerous varieties of terung.  Different varieties have different size, shape, and colour.   larger varieties weighing up to 1 kg.   Colours vary from white to yellow, green to dark purple, or with a colour gradient or strips.  Shapes come in round, oval, elongated, cylindrical etc. 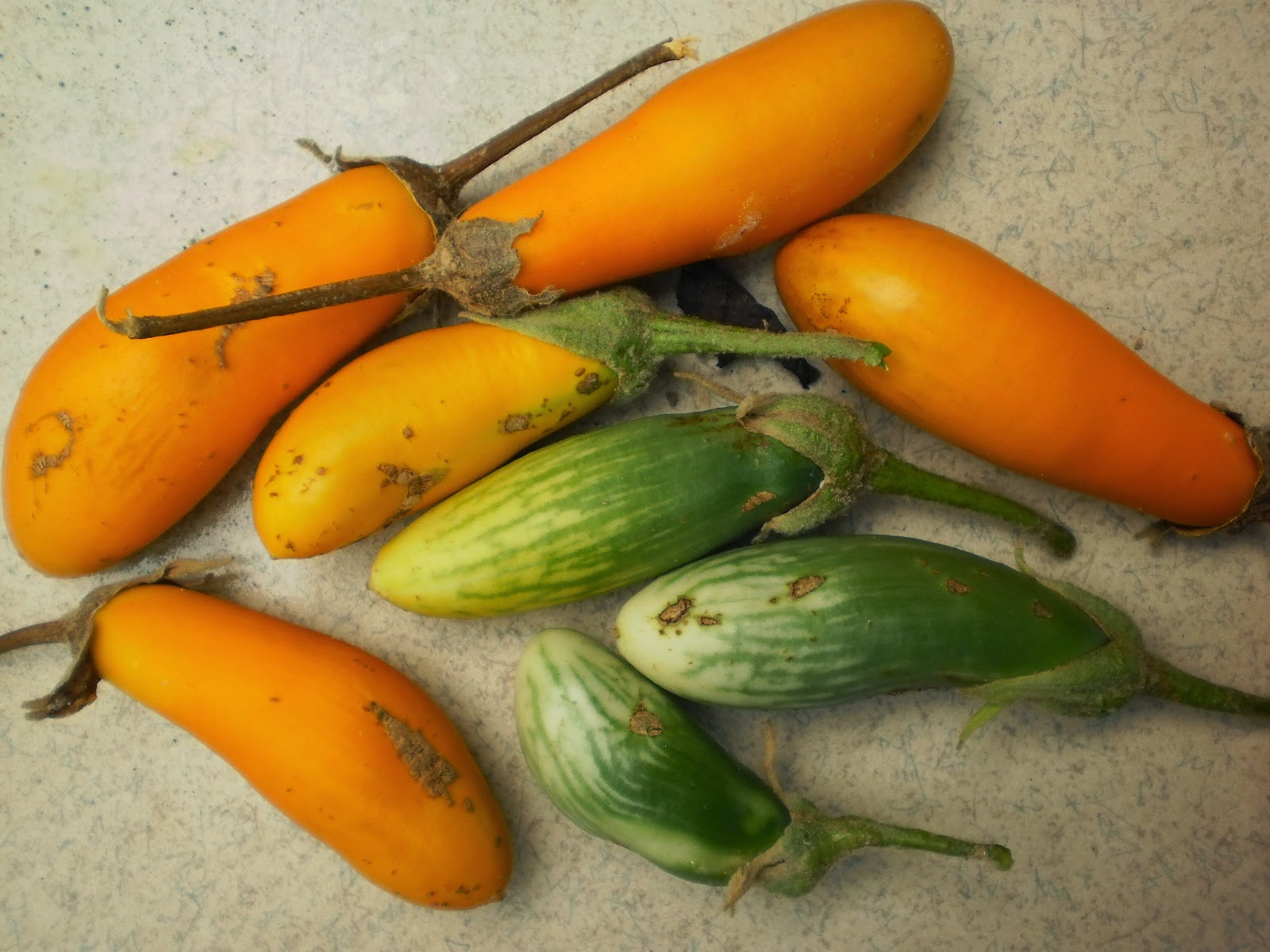 Terung telunjuk, or also called terung kuning is a variety of S. melongena found in Malesia.  It is about 10cm in length, with ±3cm diameter.  Colour is light green with white stripes at bottom when immature, turn to yellow upon ripening.   Nevertheless, the flower is brilliantly purple in colour, same as flowers of other varieties. 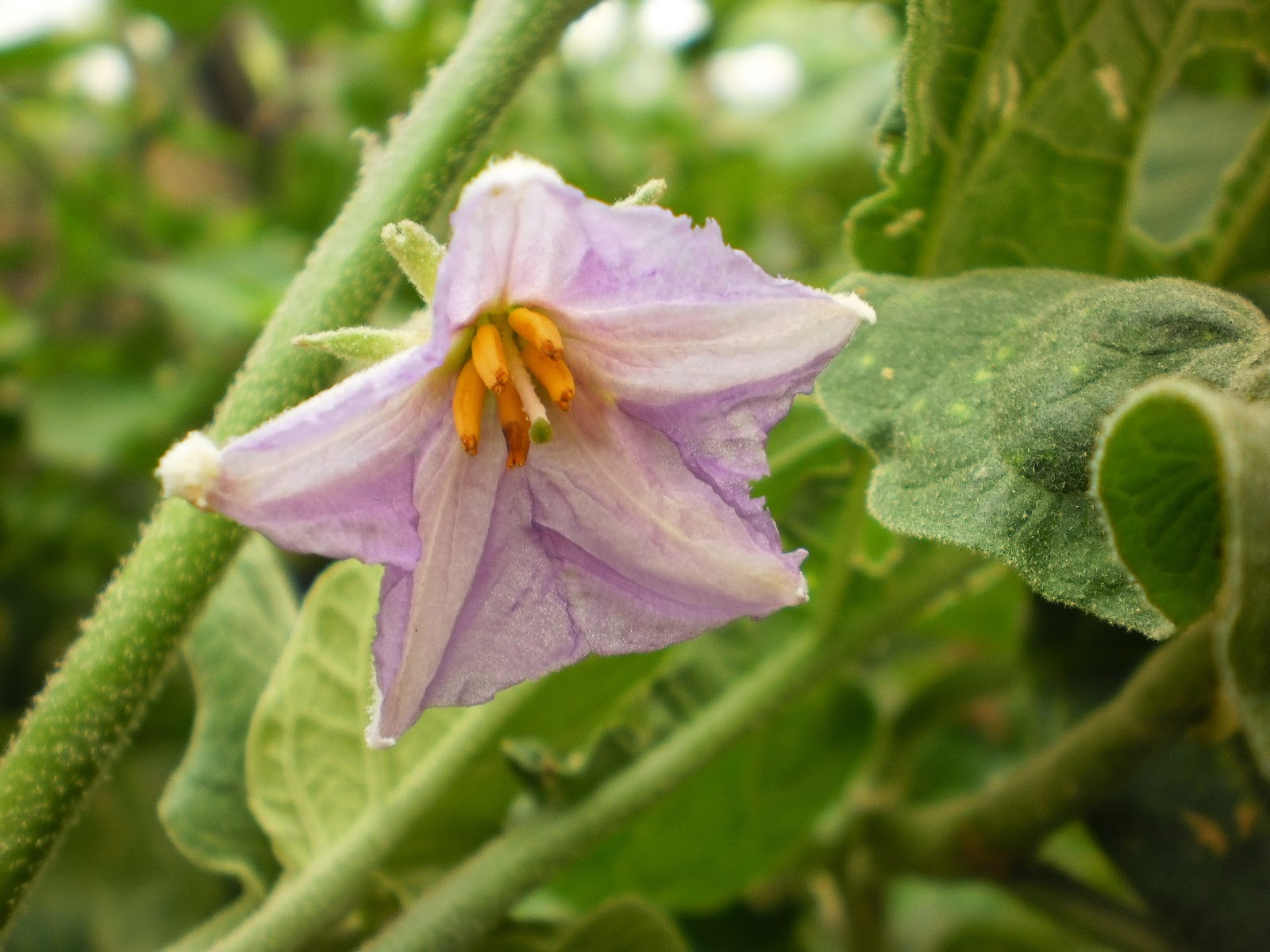 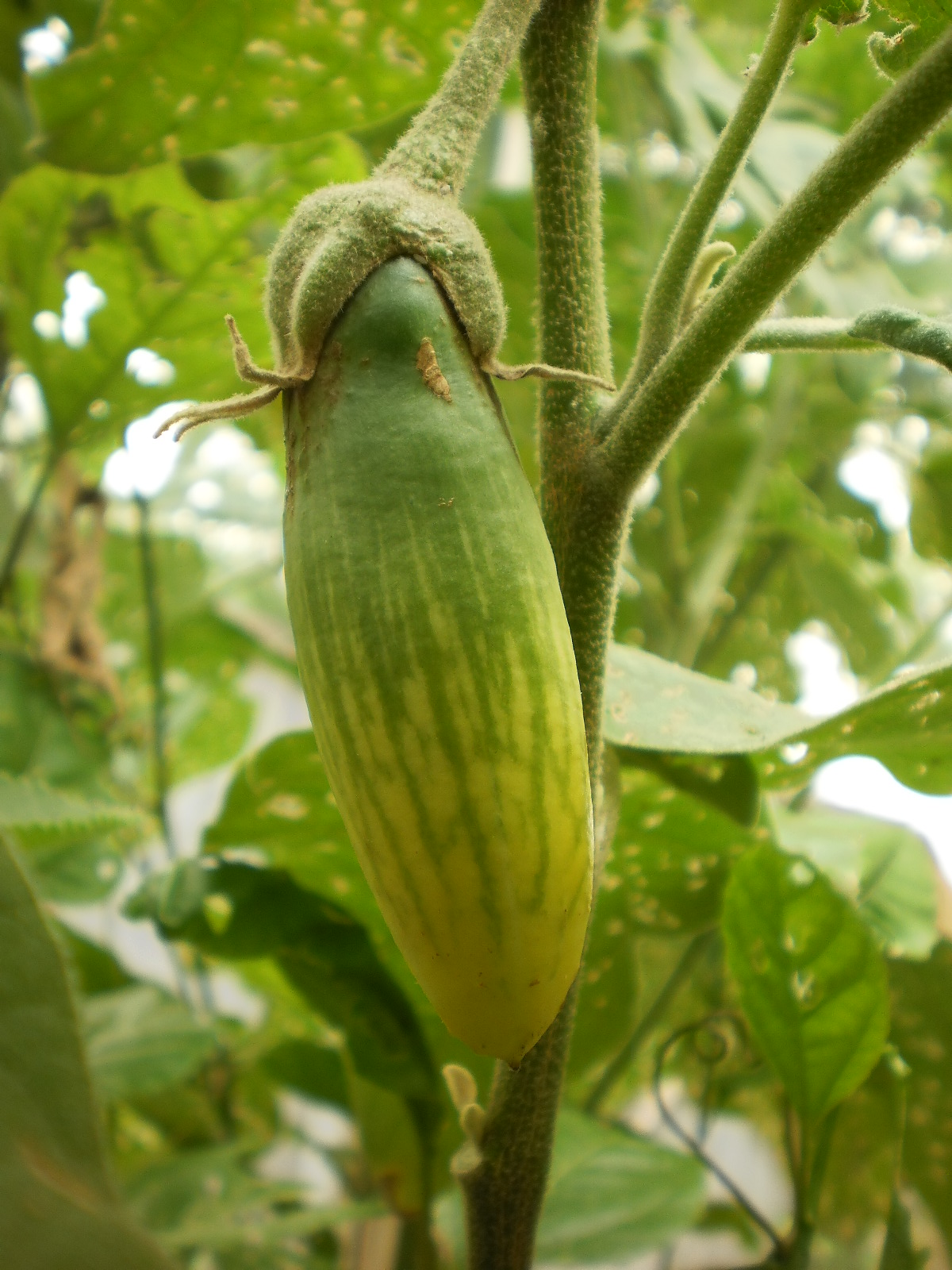 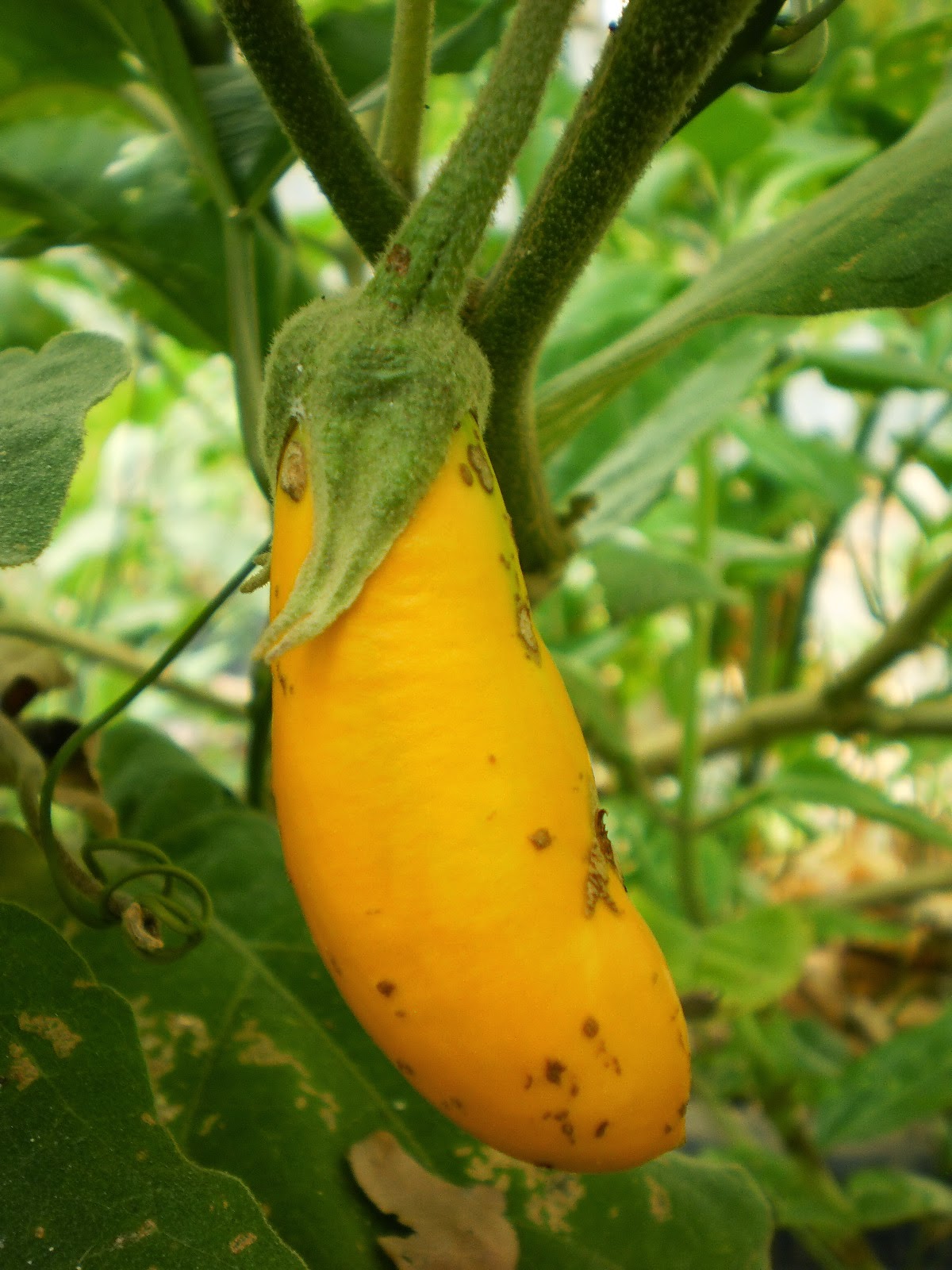 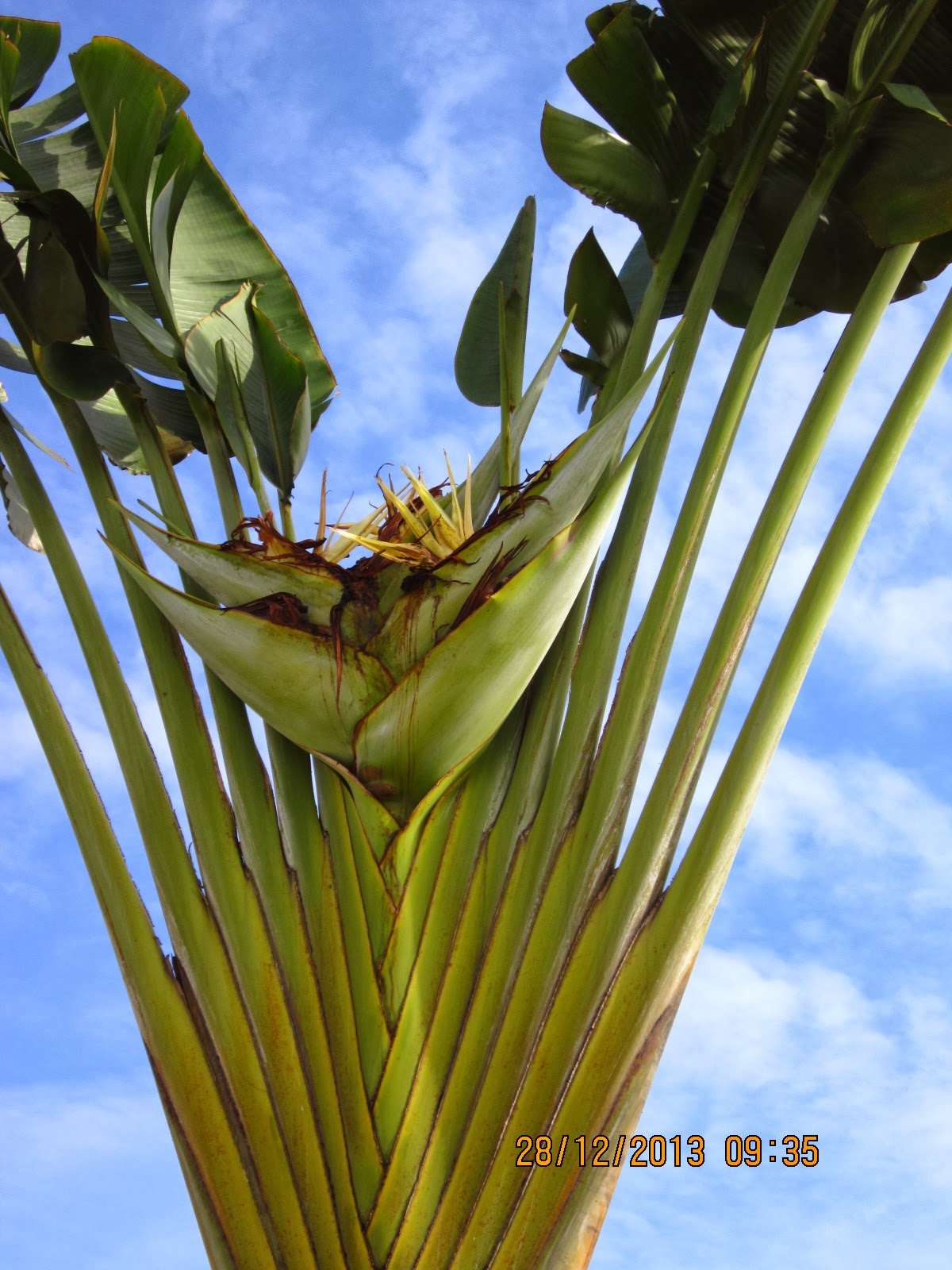 It is called Traveller’s Palm because the sheaths of the stems holds rainwater, which supposedly could be drink for needy travelers.   However, the fact is, the water trapped inside the sheaths is murky, black, smelly, and infested with mosquito larvae, and should not be consumed without prior purification and boiling.  Another possible reason for its name is that the fan tends to grow in a north-south orientation, providing a crude compass.  This is also not true as intensive observations on wild trees refuted the claim.

R. madagascariensis has enormous paddle-shaped leaves, resembling those of banana, borne on long petioles.  The leaves are aligned in a single plane, resulting in a fan-shape appearance. 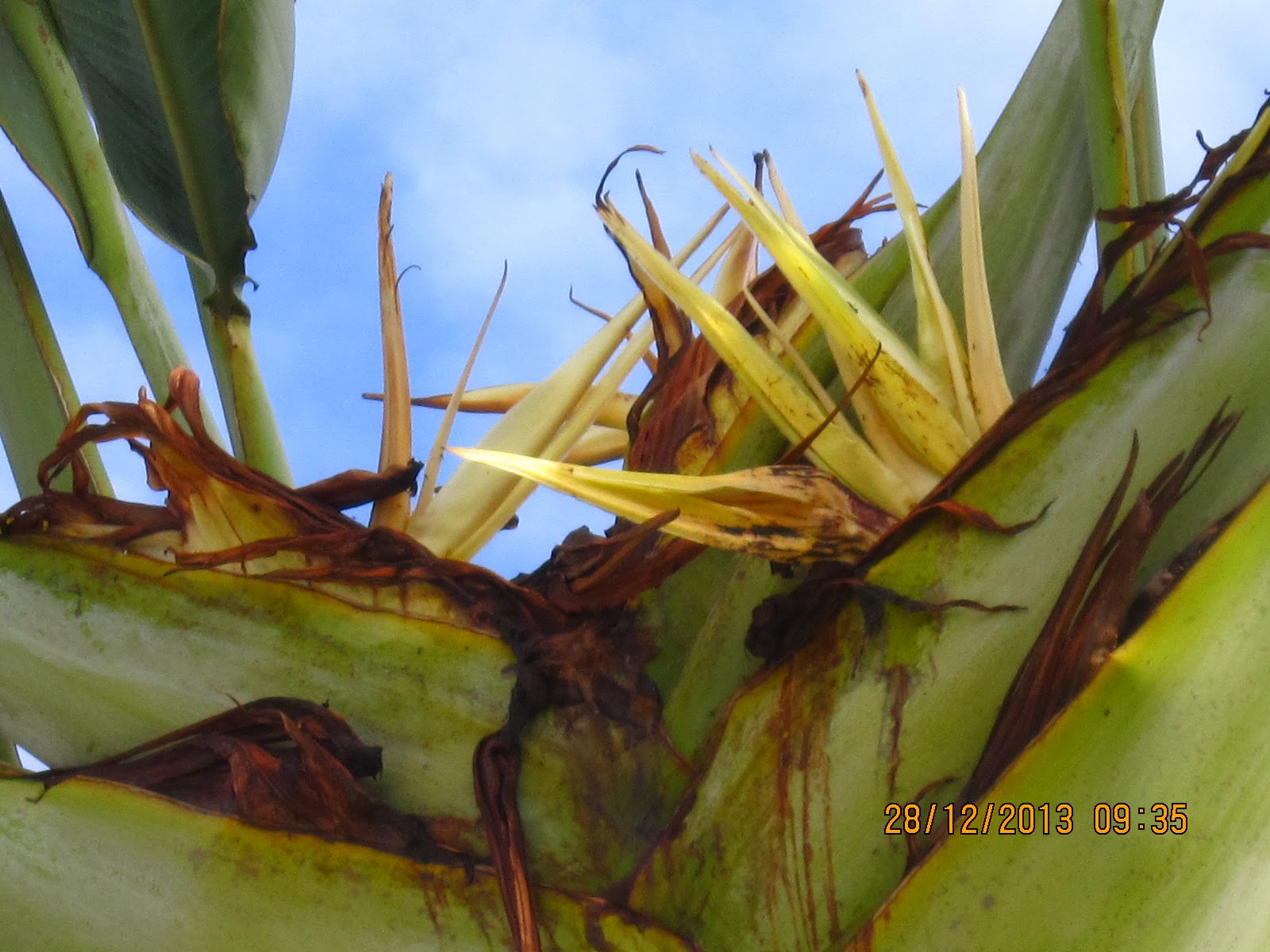 Traveller’s Palm can grow up to 16m in height.  Stems are simple, solitary, hardy and fibrous, up to 1” in diameter, in reminisce to a coconut’s stem.  As the tree grows, the dried older leaves at the bottom detached from the stem, similar to coconut’s. 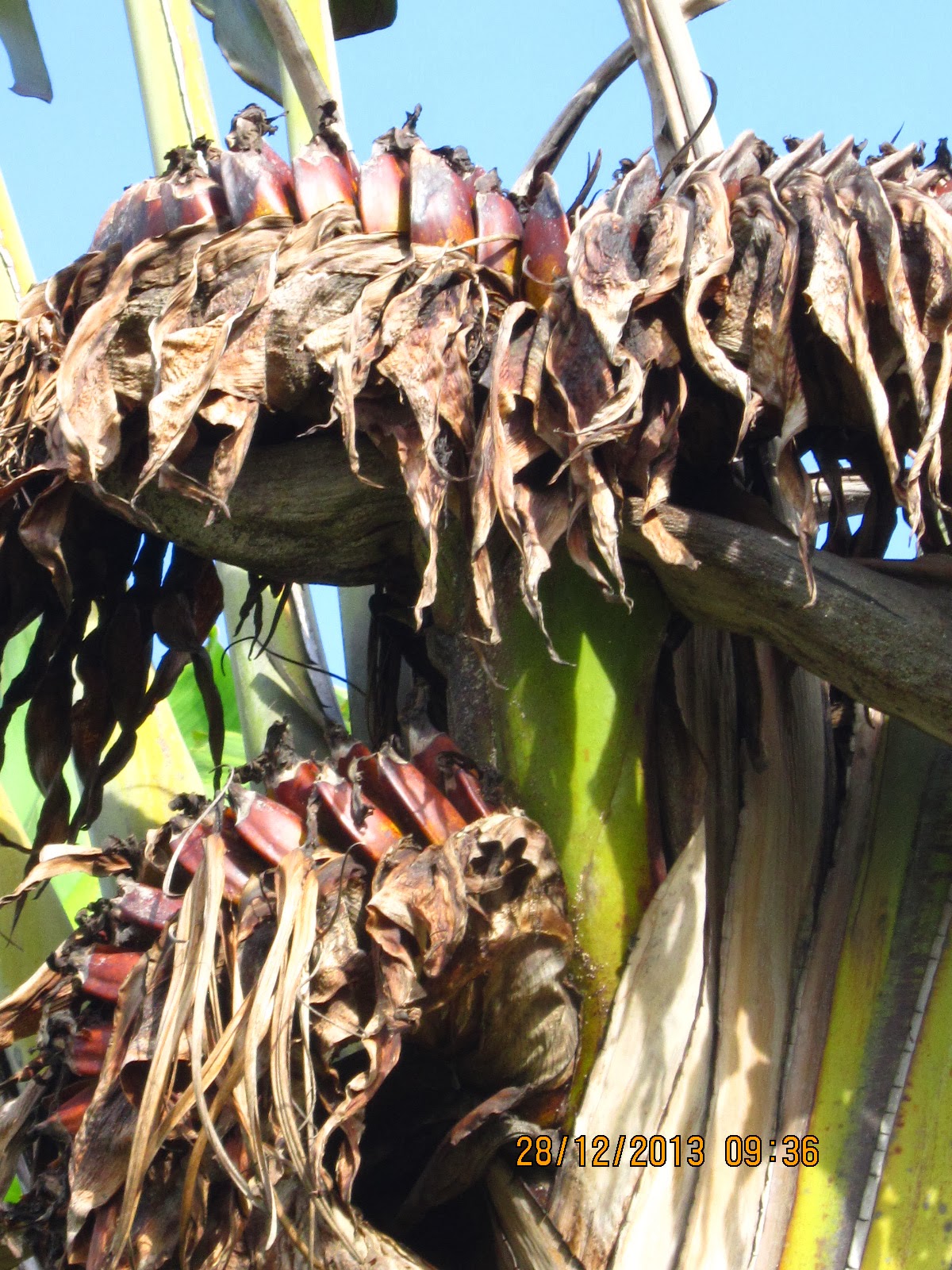 Young plants emerged from the ground by the base of mother plant, a vegetative reproduction via suckling.

Ruffed lemurs ( Lemur varius ),  are know to be the sole pollinator of Ravenala.  They have thought to have coevolved.

Ravenala madagascariensis is widely planted as ornamental tree.  Young, smaller plantlet can be trained as indoor plants.   It can tolerate most soil condition with good drainage.  It thrives best under full sun.   Care is minimal, as and when necessary to remove old fronds from the trunk.   The plant wilts after flowering.