The cliffhangers are super-determined plants that grow on the rubble wall.   The vertical wall of stone is never too harsh for them to colonized.

Once the plants managed to grow on rubble wall, they should be immediately remove.  Else their root will grow deep into the cracks and hole on the wall.  When the plants grow, so do the roots.  The root will grow in size and eventually ply the hole/crack bigger, till one day when we least expected, the wall collapse.

To get rid of them is inevitable, especially the Ficus species.

Getting rid of them can be by manual, but I’s a tedious job.  Chemical, as usual, is the best choice.  A broad spectrum herbicide should be sufficient to take care of the job.

Epipremnum aureum is native to Mo’orea, in the South Pacific Ocean.  It is a very popular potted plant, but has become naturalized in tropical and sub-tropical forests worldwide.

Dieffenbachia is native to the New World Tropics.    There are about 56 species of Dieffenbachia recorded.    Some species are widely cultivated as ornamental plants, and have been naturalized in tropical regions worldwide.

Artocarpus heterophyllus is known as nangka (jackfruit).  It is originated from the Malesia region.  Immature nangka can be consumed cooked, ripened fruit is a very popular local fruit.

Alocasia macrorrhizos is originated from the Malesia region.  It’s corm is poisonous but edible if cooked to remove the calcium oxalate.

Musa includes aroub 70 species of bananas and plantains. Cultivated Musa are sweet and their seeds are tiny.  Some wild Musa are edible, but with bigger seeds, small fruit and less sweet.

M. tanarius is native to S.E,Asia.  It is a common pioneer species in disturbed land.

M. paniculatus is native to S.E,Asia.  It is also a common pioneer species in disturbed land.

Papaya originated in the tropics of the Americas.  So unattended stand outside the fence is probably a escaped one.

Dillenia suffruticosa ( simpoh air ) is found throughout tropical S.E.Asia secondary forest.    The big hardy leaves were once used as wrapper for food and fresh produce in market.

Piper aduncum is from tropical America.  Like its cousin in the Piperaceae, P. aduncum has a peppery scent.  It is therefore used as a condiment,

Cyperaceae are a family of graminoid ( gasss-like ) monocotyledonous flowering plants known as sedges.   The family consists of some 5,500 known species described in about 90 genera.

Cyperaceae are widely distributed, with center of diversity for the group occurring in tropical Asia and tropical South America.  Sedges may be found growing in almost all environments, from wetlands to poor soils.

Juncaceae are also a family of graminoid ( gasss-like ) monocotyledonous flowering plants known as rushes.   The family consists of some 464 known species described in about 8 genera.


Rushes often grow on infertile soils in a wide range of moisture conditions. 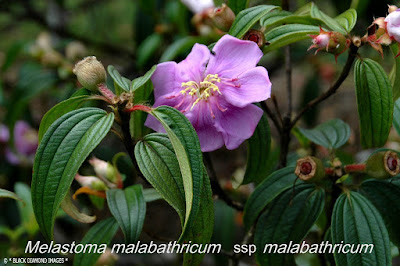 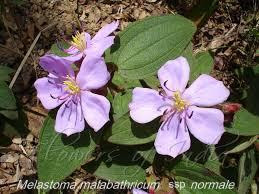 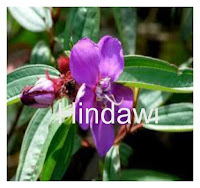 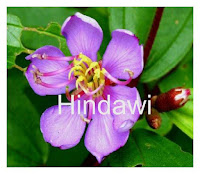 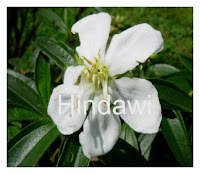 M. malabathricum can grow on a wide range of soils : cleared land, waste late, roadside, plantation, etc ; ranging from sea-level up to an altitude of 3000 meters.

M. malabathricum is a hyperaccumulator of aluminium and as such can be used for phytoremediation. 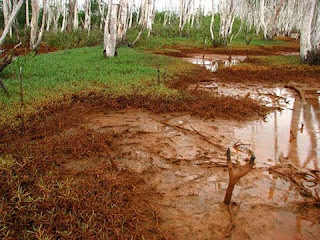 These soils contain iron sulfide minerals (predominantly as the mineral pyrite) or their oxidation products. In an undisturbed state below the water table, acid sulfate soils are benign.

However, if the soils are drained, excavated or exposed to air by a lowering of the water table, the sulfides react with oxygen to form sulfuric acid.

Release of this sulfuric acid from the soil can in turn release iron, aluminium, and other heavy metals (particularly arsenic) within the soil.

Once mobilized in this way, the acid and metals can create a variety of adverse impacts : killing vegetation, seeping into and acidifying groundwater and surface water bodies, killing fish and other aquatic organisms, and degrading concrete and steel structures to the point of failure. 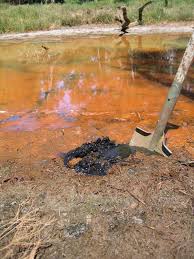 Fe(OH)3, iron(III) hydroxide (orange), precipitates as a solid, insoluble mineral by which the alkalinity component is immobilized, while the acidity remains active in the sulfuric acid.

The process of acidification is accompanied by the formation of high amounts of aluminium (Al3+, released from clay minerals under influence of the acidity), which are harmful to vegetation.


8. H-Clay (hydrogen clay, with a large fraction of adsorbed H+ ions, a stable mineral, but poor in nutrients) 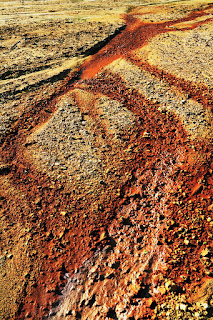