How the sperm from one plant fertilizes the ovum of another, is the most important determinant of the making structure of plant populations. The morphology of the flower parts and their arrangement on the plant in turn controls the amount and distribution of genetic variation, a central element in the evolutionary process.

Perfect flowers not necessary have petals or sepals. A complete flower is a perfect flower with petals and sepals.

Hermaphrodite refers to plants that have perfect flowers. In angiosperm terminology, a synonym is monoclinous, from the Greek word ‘one bed’.

Monoecious refers to plants that have both male and female flowers on the same plant, from Greek word ‘one household’.

Dioecious refers to plant that have separate male and female flowers. They are either gynoecious ( female plants ) or androecious ( male plants )

Polygamomonoecious or trimonoecious refer to plants with male, female and perfect flowers on the same plant.

Gynoecy refer to plants that are all females in a population, often regulated by environmental factors like temperature, photoperiod or water availability.

Ubi in Malay language refers to specialized root modified for storage of food or water.

There are not many varieties of edible tuberous roots that I know of. But in Malay term, the word ‘ubi’ is prefixed to almost all of it, i.e ubi kentang, ubi kayu, ubi keledek. This creates confusion lead many to conclude that they are from ‘ubi’ family. They are however, of very distinct family. 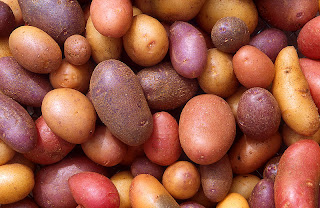 Ubi kentang 马铃薯 is potatoes, the tuberous root of Solanum tuberosum of the Solanaceae family ( nightshades family ). It is an herbaceous annual shrub.

Ubi kentang is suggested to originated from , . However 99% of today’s cultivated potatoes are descendants of a subspecies indigenous to . The Chilean subspecies, Solanum tuberosum ssp. tuberosum, is believed to be cultivated as long as 10,000 years ago.

Ubi kayu 木薯 is cassava, root of Manihot esculenta, is a woody shrub of the Euphorbiaceae family ( spurge family ). 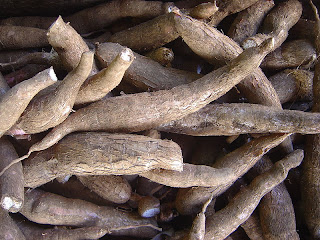 Ubi kayu is an ancient crop species. Domestication began some 5000-7000 years BC. By the time the Europeans reached the New World, the crop was already cultivated in all of neotropical . It was only centuries ago. The Portuguese traders carried the crop from its native to Africa and then .

The roots are very rich in starch, calcium, phosphorus and vitamin C. However they are poor in protein and other nutrients. In contrast, cassava leaves are a good source of protein

World production of cassava was estimated to be 184 million tones in 2002. The major production is Africa, with lead as world’s largest producer. 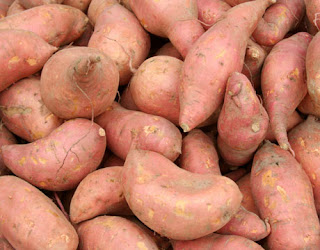 Sweet potatoes are native to , domesticated some 5000 years ago. Radiocarbon dating suggested it has been in Cook Islands around 1000 AD, possibly brought by Polynesians who had travelled to South America and back, and spread across Polynesians to . Captain Cook and Sir Joseph Banks found the Maoris of NZ’s North Island growing sweet potato ( locally known as Kumara ) when they landed in 1769.

The Spaniard brought the sweet potatoes to the in the 16th century. From there the Portuguese spread it to East Indies and . Sweet potatoes found it way to in 1593, when a famine in province leads the people to search for alternative food from the . It was not until the 18th century that the sweet potatoes made its way into , possibly through .

The roots are rich in complex carbohydrates, dietary fiber, beta carotene, vitamin C, vitamin B6, calcium and iron. The leaves and shoots are also edible

World production of sweet potato is 127 million tones in 2004. was the top producer.

Citrus is a common term and genus of flowering plants in the rue family, Rutaceae.

The taxonomy of the genus is complex and the precise number of natural species is unclear, as many of the names species are clonally propagated hybrids. Some wild, true-breeding species are of hybrid species. Cultivated Citrus may be derived from as few as 4 ancestral species. 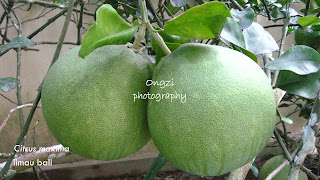 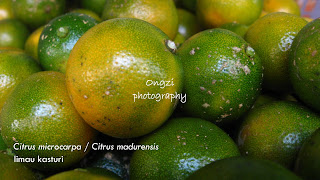 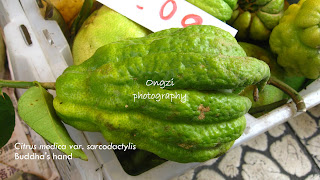 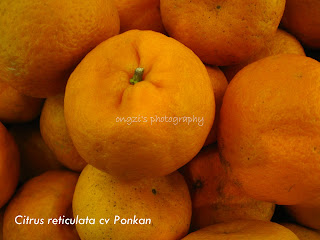 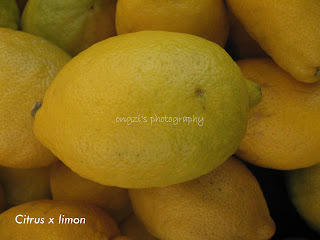 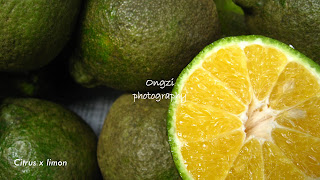 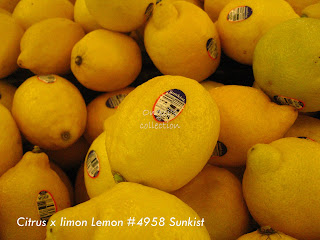 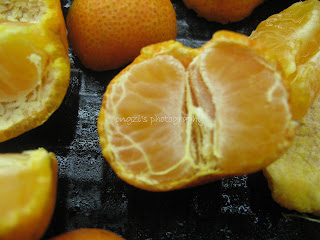 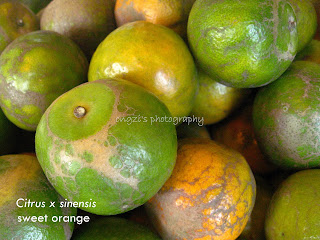 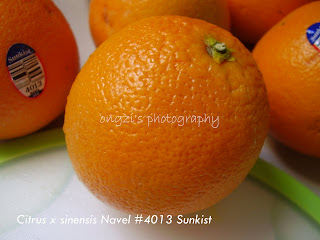 Momordica is a genus of about 80 species of annual or perennial herbaceous climber belong to the family Cucurbitaceae., natives to tropical and subtropical Africa, Asia and .

Momordica charantia, bitter gourd 苦瓜is native to , but long been used in Chinese folk medicine. The fruit has a distinct warty looking exterior with an oblong shape. It is hollow in cross-section, with a relatively thin layer of flesh surrounding a central seed cavity filled with large flat seeds and pith. Seeds and pith appear white in unripe fruits, ripening to red.

Bitter gourd comes in a variety of shapes and sizes. The typical Chinese phenotype is 20 – 30 cm long. The Indian type has a narrower shape with ridges surface. Some with miniature fruit of only 8 – 10 cm in length.

The bitter taste is from momordicin , which is said to have a stomachic effect 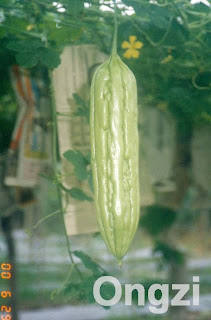 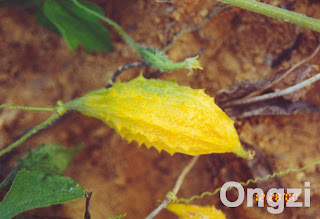 The first scientific name given to plantain banana is Musa paradisiaca, published in 1753 by Karl Linnaeus in Species Plantarum. In 1759, Linneaus published Systema Naturae, described Musa sapientum, a desert banana.

These two names were widely used for almost 2 centuries. However, classifying bananas of S.E.Asia based on characters of plantain and desert banana are too confusing. , being the center of Musa diversity, many cultivars is dual purpose.

In 1955, Simmonds and Shepherd suggested that Musa paradisiaca and Musa sapientum were hybrid cultivars, and hence recommended their abolition. They are in fact diploids and triploids that evolved through the development of sterility and partenocarpy in Musa acuminata and Musa balbisiana.

However, according to rules of International Code of Nomenclature for Cultivated Plants ( ICNCP ), hybrids can also be given scientific name, with condition the epithet must carry the prefix x to indicate hybrid nature of the species. In this case, Musa paradisiaca should be adopted as it was published ahead of Musa sapientum. Thus Musa x paradisiaca is applicable to all hybrids of Musa acuminata and Musa balbisiana.

Modern taxonomy using isozymes and molecular markers confirmed the multi-specifid origin of edible bananas. The use of nuclear or cytoplasmic RFLP probes can even determine the maternal and paternal origins of banana cultivars. 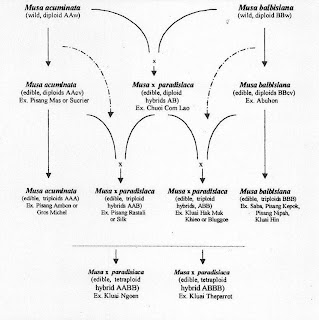 The diagrame shows interspecific hybridization of Musa acuminata and Musa balbisiana in proliferation of edible clones.