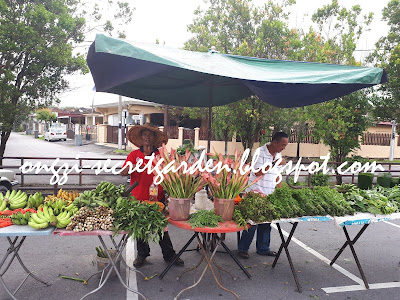 According to Afendi, they produce lots of bunga kantan. 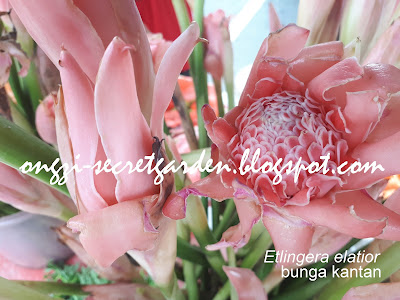 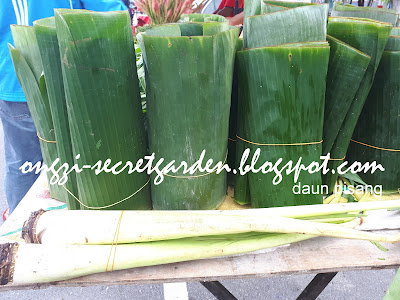 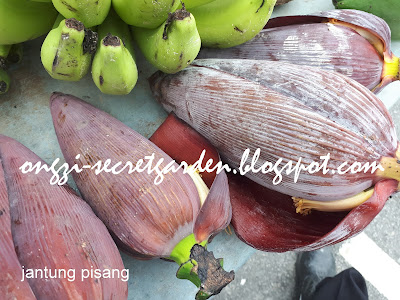 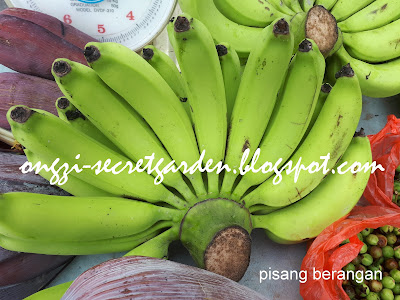 pisang berangan is usually consumed fresh.
however, like all banana, berangan can be goreng ( sauté, fried or deepfried ),
and made into kerepek. 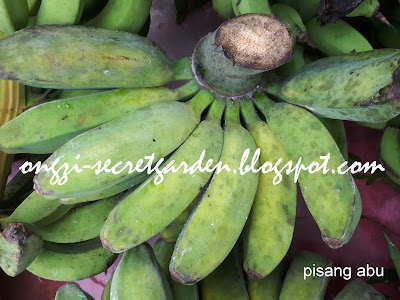 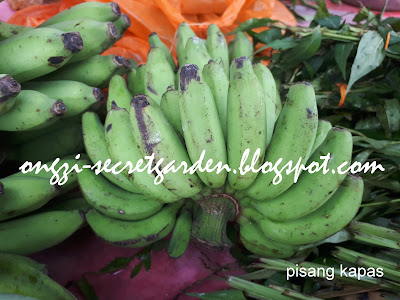 According to Afendi, pisang kapas is the best banana
for cooking gulai, cucur, or pengat pisang. 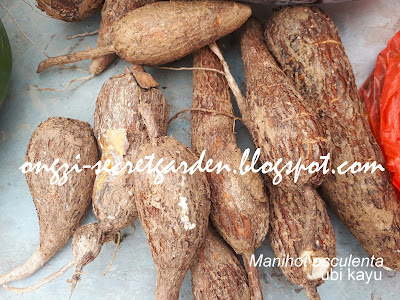 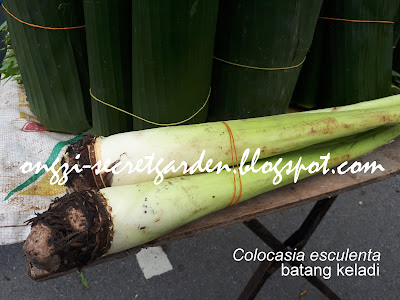 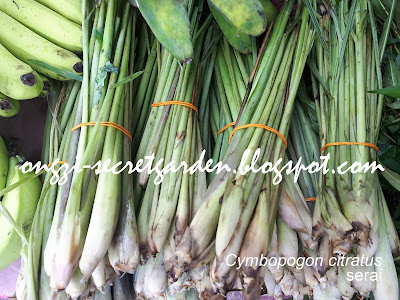 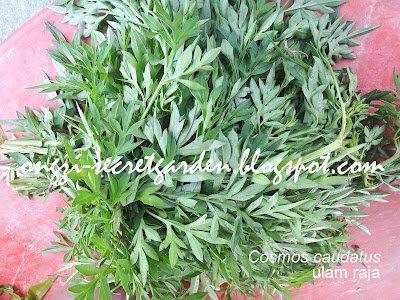 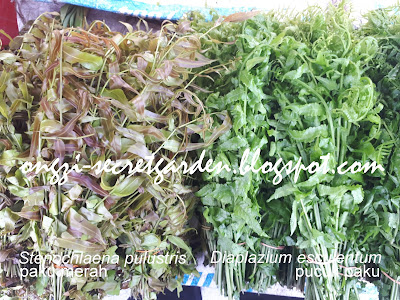 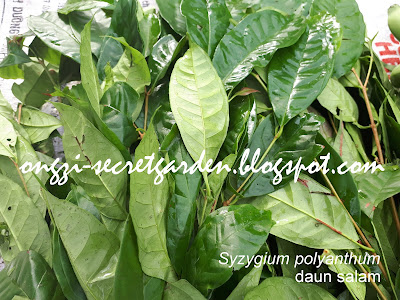 Daun salam, also known as Indonesian bayleaf.
It is used as rempah. 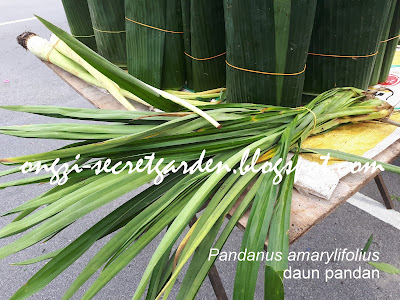 Daun ubi is cooked as vegetable :
pucuk ubi tumbuk, masak lemak with or without chili. 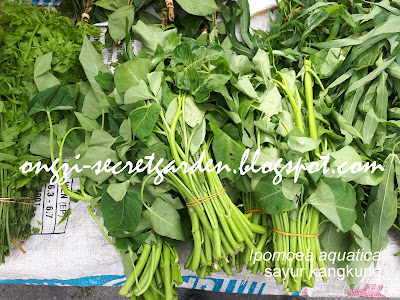 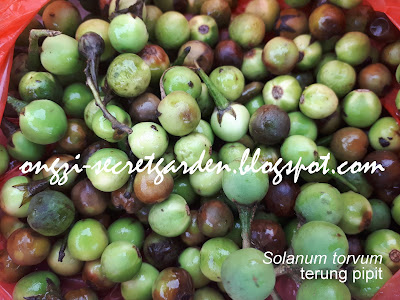 The mini round green brinjal is usually cooked as
Terung pipit berlada, sambal terung pipit, or the universal masak lemak. 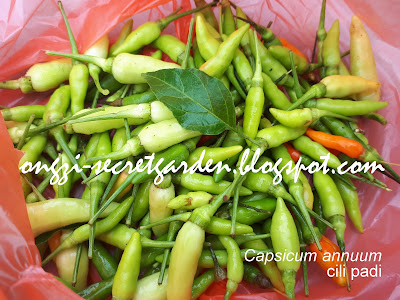 Cili padi is a HOT chili, can be used in all dishes.
Use extreme caution ! 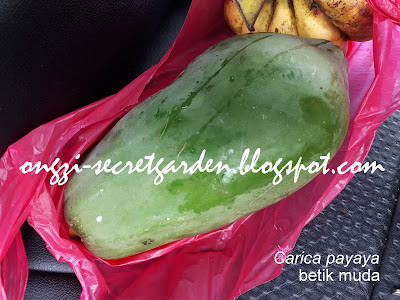 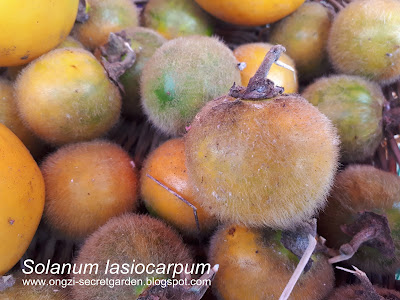 Found this at Pasar Borneo today, together with the terung Iban, Solanum aethiopicum.  It is almost identical to the former, just a lot smaller in size, with more showy hair.
.
The trader, an Iban lady said that the fruits were acquired from Pahang, from a certain Orang Asli.  According to her again, it had been a long time since she encountered this type of hairy yellow round terung.  There are abundant supply of hairy terung in Sarawak when she was still young.  Apparently, it is not cultivated anymore for its fruit.

Is this the fruit of Solanum lasiocarpum ? 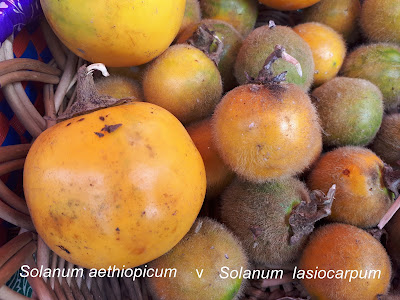 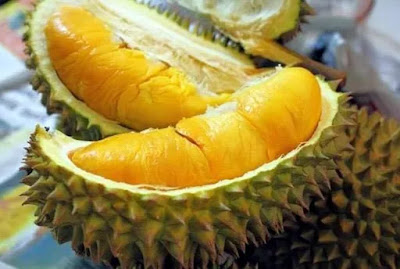 WASHINGTON: Scientists have answered one of nature’s most pungent questions: what gives the world’s smelliest fruit its distinctive aroma.

Scientists in Singapore said on Monday they have mapped the genome of the durian, known throughout Southeast Asia as the “king of fruits” for its unique smell, flavour and formidable spiny appearance.

They identified a group of genes responsible for odour compounds called volatile sulfur compounds, and found that these genes become highly activated as the fruit ripens, driving its unusual smell.

“The durian smell has been described as a mix of an onion-like sulfury aroma with notes of sweet fruitiness and savory soup-seasoning. A key component of the durian smell are volatile sulphur compounds, or VSCs, which have been characterised as decaying, onion-like, rotten eggs, sulfury and fried shallots,” said geneticist Bin Tean Teh, deputy director of the National Cancer Center Singapore, co-leader of the study published in the journal Nature Genetics.

Unlike other plant species that typically have one or two copies of these genes, this species boasted four copies, demonstrating that VSC production is, as Teh put it, “turbocharged” in durian fruits.

The researchers said this odour may be important to the durian in the wild, helping to attract animals to eat it and disperse its seeds.

The scientists sequenced the genome of the Musang King variety of durian, discovering it has about 46,000 genes, nearly double the number in the human genome.

They were able to trace the evolution of the fruit back 65 million years, finding an ancient relationship to the cacao tree, whose seeds produce chocolate.

“Most of us in Singapore have grown up with the durian, and we are very familiar with it,” said geneticist Patrick Tan, a professor at Duke-NUS Medical School in Singapore. “However, even within the same family, there are individuals that love the taste, while others have learned to simply tolerate it, especially during durian season. For those who have never experienced durian before, it can indeed elicit opposing emotions of devotion and revulsion.”

The researchers said there are at least 30 other durian species, some edible, some inedible, and some with other distinctive features. Several are endangered.

Durian is economically important, with imports to China last year worth US$600 million to US$800 million, the researchers said. --REUTERS
Posted by Ongzi at 22:59 No comments:

A Tree Once Used to Treat Leprosy 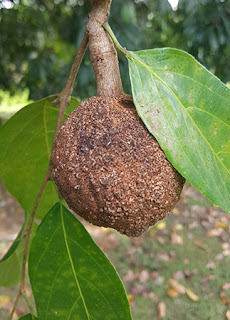 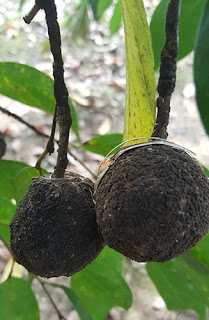 STANDING about 10 metres high within the compound of the Rajah Charles Brooke Memorial (RCBM) Hospital is a chaulmoogra tree.

Its fissured bark is brown and pink in colour while the branches are round and the leaves simple, and alternate with stalks between 0.7 centimetres and 2.2 centimetres long.

The tree has countless fruits, about six to 10 centimetres in diameter and round, while the rind is thick and woody. 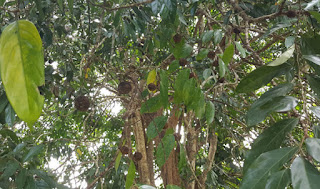 The seeds are ovoid and irregular, about an inch or more in length and an inch wide.

The chaulmoogra has the botanical name of Hydnocarpus wightiana while its family name is Flacourtiaceae. In English, it’s sometimes referred to as the Soorty Oil Tree.

It is believed the chaulmoogra tree at RCMB Hospital is the only one in Borneo, the largest and the most important forested land area in Asia.

The forests of Borneo are estimated to be extraordinarily around 130 million years old, and presumably older than the Amazon rainforests.

Borneo has more than 3,000 tree and 2,000 orchid species, and is the centre of distribution of dipterocarps with 267 species, 60 per cent of which is endemic (Ashton 1982; Whitmore and Tantra 1987) but surprisingly there is only one chaulmoogra tree. 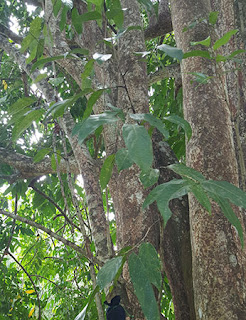 And that solitary chaulmoogra tree was once the ‘heart’ of the RCBM Settlement because of its historical and medicinal value. RCMB Hospital doctors at the time used the oil distilled from the fruits to treat leprosy, now also known as Hansen’s Disease.

This was before the world knew leprosy was a bacterial disease. It is said leprosy patients at RCBM Hospital had to undergo painful twice-a-weekly intramuscular or intra-lesion injection.

Treating leprosy with Hydnocarpus oil proved effective if the disease had not spread too much but for some patients, the long-term efficacy was questionable.

However, the treatment of leprosy now has shifted to multi-drug therapy (MDT) and after just one monthly dose, patients are no longer infectious.

MDT was only used in Sarawak in 1987 and became the official treatment in 1989. It remains the best treatment available although researchers are developing a vaccine and a better early detection method.

Efforts are being made by the Heritage Society of RCBM Hospital to turn the site, where the tree now stands, into a chaulmoogra park.

Society president Angelina Jong said they had carried out research with the Sarawak Biodiversity Centre (SBC), confirming the plant as a Hydnocarpus species.

“We’re also working with SBC presently. They have made chaulmoogra ‘babies’ for us. We have over 20 of them – some still on the tree, some delivered. We have eight ‘babies’ currently.”

According to Jong, there is only one chaulmoogra tree in the whole of Borneo and it is found only at RCMB.

“The tree is the first treatment for leprosy. It’s not indigenous to Malaysia. We are not sure where the tree at RCMB came from but the chaulmoogra is indigenous to China, Egypt and India.

“We believe in 1900, immigrants China came to Kuching but most of them were heading to the farms in Sibu. They must have brought the seeds with them because the chaulmoogra is a medicine for skin disease. But how the tree was brought here, we don’t exactly know,” she explained.

Jong said they had tried asking for the seeds from the seed bank but the latter does not have any idea about chaulmoogra.

According to her, Hospital Sungai Buloh, Selangor, has three trees and it also wants to plant more.

“The hospital heard we are marcotting the tree and has asked FRIM (Forest Research Institute Malaysia) to marcot it for them. But two months ago, they called and told me FRIM wanted to know how we did it because their attempts failed.

“So if FRIM’s attempts are not successful but ours are, this means a breakthrough for Sarawak. So we’re going to have more chaulmoogra ‘babies’ for the proposed the chaulmoogra park at RCBM leprosarium,” she said.

Society patron and Batu Kitang assemblyman Lo Khere Chiang is equally excited about the society’s efforts to turn some parts of RCBM into a chaulmoogra park.

“Imagine having a chaulmoogra park. Tourists will surely want to visit it and learn about its history.

“You tell tourists you can’t find a chaulmoogra tree in the whole of Borneo and you can only find one at the park. Everybody will come just to look at the tree,” he said.

It is said Hydnocarpus oil causes severe irritation when applied topically. People who drink the oil might have symptoms such as coughing, visual disorders, muscle pains and headaches.

The seeds are said to contain glycoside which makes them highly toxic and application without expert guidance is to be avoided.

According to Jong, back in 1901, the first leprosy colony was located at Mile 5, Kuching-Serian Road.

Due to its proximity to town, it was relocated to Satang Island in May, 1924. But this did not last long due to logistics issues.

“This marked the inception of RCBM Settlement, and the residents started building their homes from scratch – without their loved ones beside them.

“They all lived together as a family separated by this cruel disease from all they owned in this world,” she said.

There are places of worship built on the site which still stand to this very day – a Roman Catholic Chapel, an Anglican Chapel, a Chinese temple, a surau, and a Rumah Kenyalang – each with its own burial plot.

The syringes and other equipment used to treat leprosy in the old days.
Braving it all

Jong said although in the old days, patients and families were separated by law, there were some families who braved it all by secretly building houses deep into the jungle just to be close with their isolated loved ones.

She said evidence of their secret lives and stumps from old houses could still be seen within the forests beyond the RCBM grounds.

She narrated that in 1953, Hamish McGregor, RCBM Settlement superintendent, decided to transform the whole place into something more systematic and organised.

“Eight-door and four-door dormitories were built and some of the residents were trained as patient-workers.

“Others were taught wood-work and farming to have some financial independence and business knowledge.”

Jong said the British left RCBM Settlement in 1962, after which Generawi Mok became the first local man to be in charge of RCBM Hospital, bringing with him a sense of humanity that touched the lives of many.

Eventually, those cured started leaving the settlement and building their own homes outside, she added.

“Those who did not have anywhere else to go were given plots of land, adjacent to the Hospital, and aided through the Malaysia Leprosy Relief Association (Malra). The new Rehabilitation Village is now called Kampung Sinar Baru.”

“They are growing old and living a life of loneliness without love from someone they can call their kin or a family to care for them in time of need.”

She pointed out that the stigmatisation and ostracism these cured residents had to put up with is similar to that faced by the patients themselves.

“The negative sentiments are still very strongly within the community and the emphasis should on public education to create awareness of the disease,” she said, adding the society’s aspirations are that one day Hansenites would no longer be discriminated against, and be accepted by society.

Jong said the society’s focus is on the welfare of Hansenites, cured patients as well as the conservation of old buildings and historical artefacts dating back to 1925 when Rajah Charles Brooke Memorial Hospital was a leprosarium.
Posted by Ongzi at 22:49 No comments: