Timun or not Timun

It grows primarily in tropical climates and is commonly found in the southern Indian state of Kerala, where it forms a part of the local cuisine.

Coccinia grandis fruit is often consumed raw or cooked.  The young shoots are cooked as a vegetable. 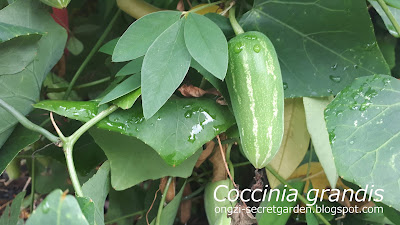 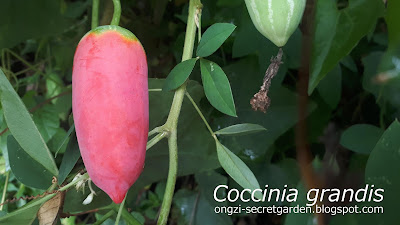 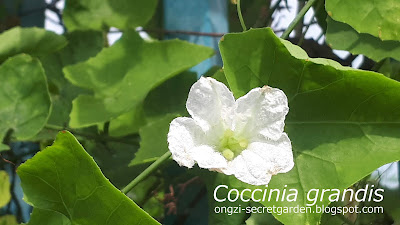 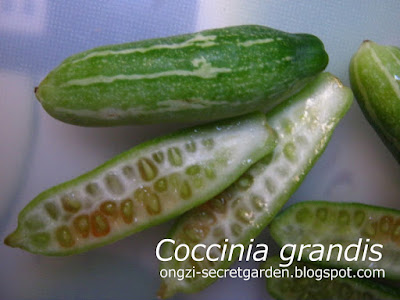 Melothria pendula, also known as the creeping cucumber or the Guadeloupe cucumber, is a plant in the Cucurbiteae tribe.

The berries, when unripe and light green can be eaten raw. 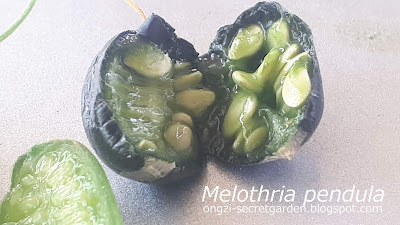 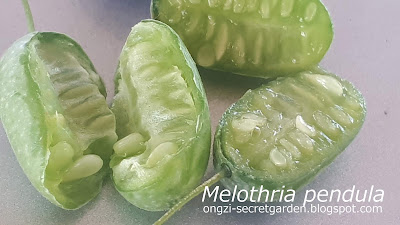 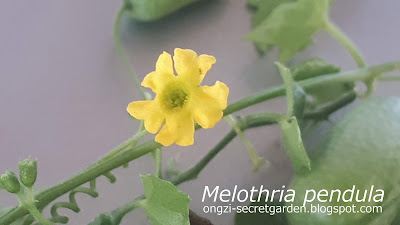 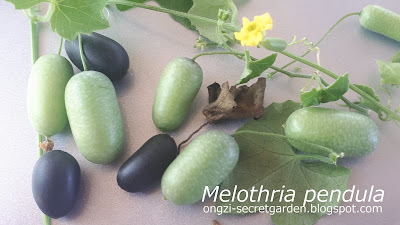 The first scientific term given to banana is Musa paradisiaca Linn., published in  1753 by Linnaeus in his book Species Plantarum.

Later, Linneaus published Musa sapientum Linn. in Systema Naturae in 1759 to describe a dessert banana which bear sweet fruits that are eaten fresh upon ripening.

To cope with the wealth in germplasm diversity in its center of origin, subsequent banana taxonomists applied such descriptive names as Musa nana Lour. for the  Dwarf Cavendish, Musa rubra Firming. von Wall. for the Red banana, Musa corniculata Lour. for the horn plantain, and many others.

Simmonds and Shepherd (1955) concluded that the edible bananas originated from two wild and seedy species, Musa acuminate Colla and Musa balbisiana Colla which are endemic to Southeast Asia.

According to rules of the International Code of Nomenclature for Cultivated Plants (ICNCP), hybrids can also be given a scientific name. However, the epithet must carry the prefix ‘x’ to indicate the hybrid nature of the species. In the case of hybrid banana cultivars, Musa x paradisiaca Linn. should be adopted as this binomial was
published ahead of Musa sapientum.

To cope with the problem, the authors agreed to adopt the three tiers system namely – species, genome group, and cultivar, in classifying bananas and identifying cultivar names and synonyms of the region.

The taxonomic scorecard suggested by Silayoi and Chomchalow (1987),  was found very useful in segregating the numerous banana varieties into six genome groups. 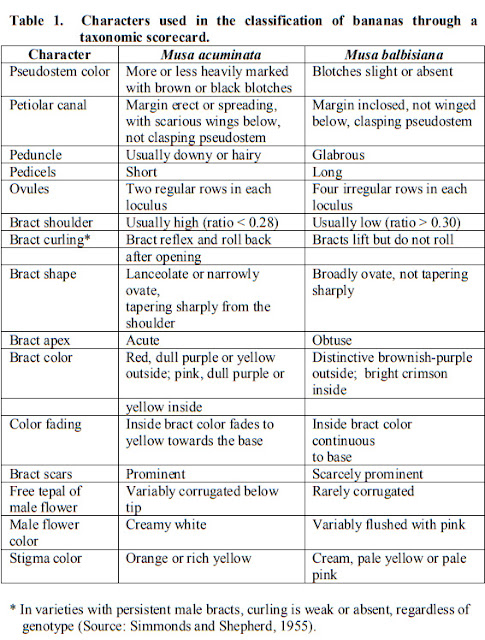 Table 1 presents the 15 diagnostic characters used to differentiate Musa acuminata clones from Musa balbisiana cultivars and their hybrids. The cultivars are classified by inspecting the expression of each of the 15 characters shown in Figure 2 and assigning a score of 1 for each character that adheres closely with wild acuminata and 5 for characters with extreme balbisiana expression. 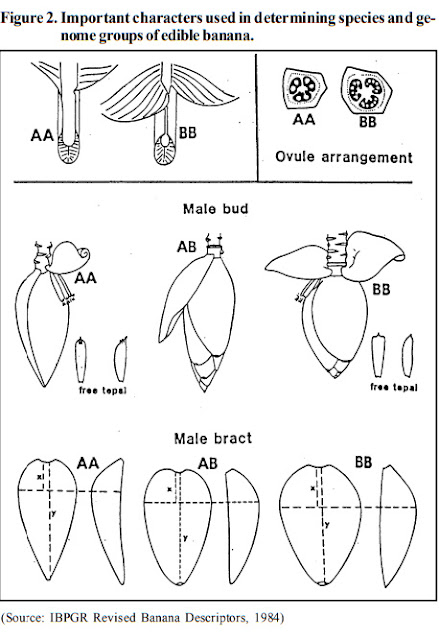 This scoring technique provides for a range of 15 (15 x 1) for wild acuminata and 75 (15 x 5) for wild balbisiana species. Intermediate expressions of the characters are assigned scores ranging from 2, 3, or 4 depending on intensity. The hybrid cultivars, therefore, should have total scores between 15 and 75. In actual practice, slight deviations are allowed.

Table 2 shows the six genome groups and the expected range of scores the cultivars under study will generate. Pure acuminata varieties should have scores between 15 to 25 while pure balbisiana cultivars should range between 70 to 75. The hybrids are expected to score between 26 to 69 points.

Table 3 presents the list of banana cultivar names and synonyms of Southeast Asia. 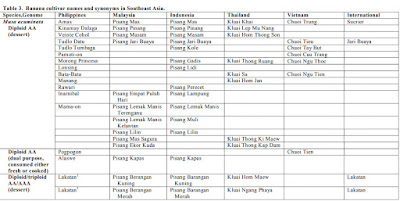 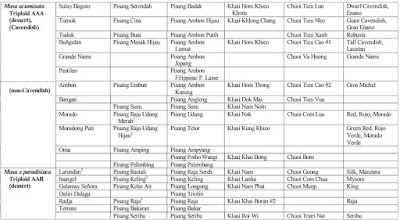 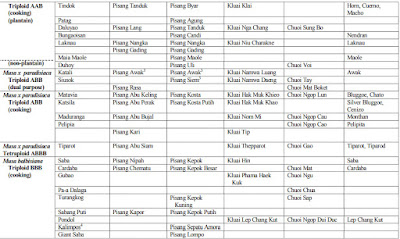 Table 4 presents the list of cultivars unique to each country of the region. 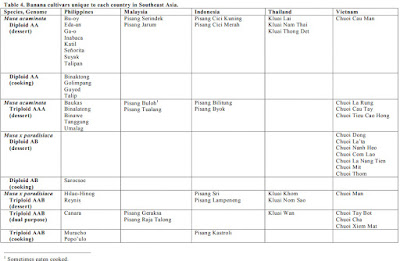 Banana are native to Southeast Asia.  The edible cultivars are derived from two wild species : M. acuminata and M. balbisiana.   The derived cultivars are  grouped into : AAA/AA, AB AAB, ABB, ABBB, BB/BBB, depending on whether the clones are pure acuminate or balbisiana; diploid, tripoid or tetraploid hybrids of the two species, with A representing the acuminata genome (set of genes) and B representing the balbisiana genome. 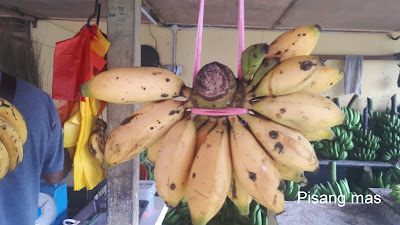 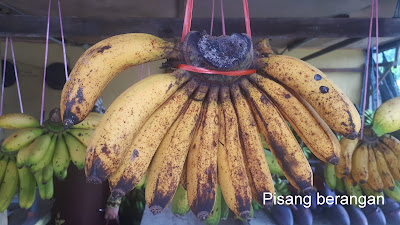 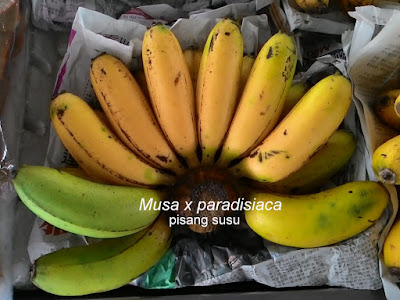 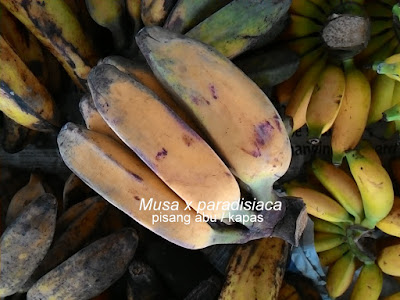 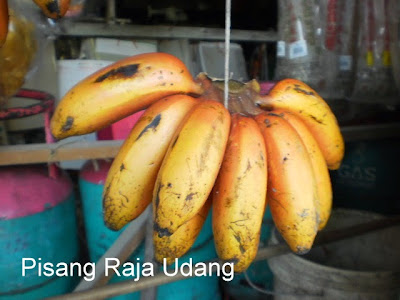 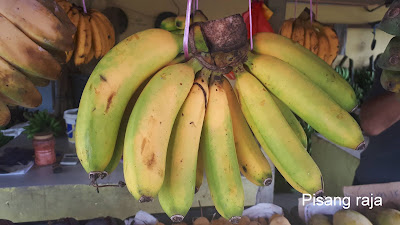 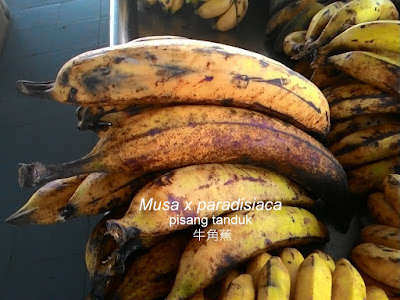 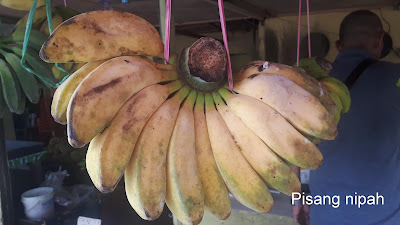 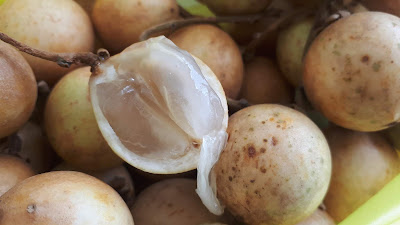 Baccaurea is a genus of flowering plant belonging to the family Phyllanthaceae. The genus comprises over 100 species, distributed from Indomalesia to the West Pacific.
Bauccarea motleyana is known as rambai in Malaysia.  It is a medium sized tree, growing up to 9 to 12 meters in height with short trunk and a broad crown. 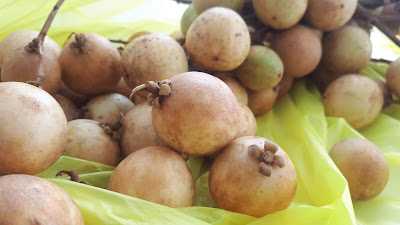 The evergreen leaves are shiny green on the upper surface and greenish-brown and hairy underneath.

The flowers are dioecius, with male and female flowers growing on separate trees. 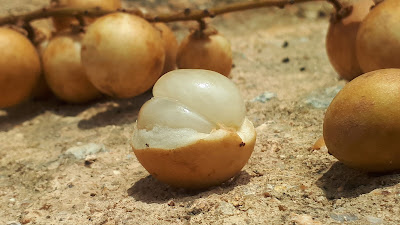 Fruits are 2 to 5 cm long, with velvety pinkish, yellow, or brown skin, containing  3-5 seeds.  The pulp is sweet to acid in taste. 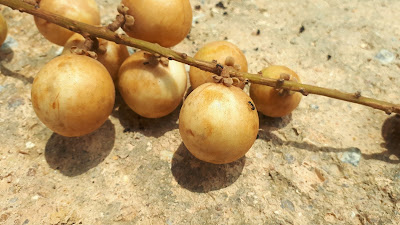 The specific name motleyana is for James Motley ( 1781-1863 ), who collected the specimen in Borneo prior to his murder.  His name also provides the basic for the generic name Motleyia for several other Malesian plants.

Wallace set off on his mission to discover the origin of species with his friend Henry Bates in 1848. They journeyed to the Amazon Basin (Wallace, 1854), and over the following 4 years Wallace observed that individual species of birds, monkeys, and butterflies remained within natural boundaries. His collecting and theorizing over those first 4 years allowed him to formulate ideas regarding the geographical distribution of animals (Wallace, 1852). Before arriving in the Amazon Basin he had been completely unaware of the effectiveness of physical barriers in limiting the range of all kinds of species. In addition, his discoveries in the South American rainforests allowed him to state that since the banks of the lower Amazon were among the most recently formed regions of South America, it was possible to consider the butterflies that inhabited that district as amongst the youngest species to be found in the entire basin (Wallace, 1854). They were, he considered, in a phrase that outlined his own world view, ‘the latest in the long series of modifications which the forms of animal life have undergone’.

By the time Wallace reached the Malay Archipelago in 1854, only 5 years before the publication of On the Origin of Species, Darwin, close to finishing his study of barnacles, had paid little attention to geographical distribution, despite Lyell's insistence that such a study was of the utmost importance in any attempt to solve the species question (Stauffer, 1975).

Early the following year, Wallace sent the editor of the Annals an article based on evidence he had discovered in the Malay Archipelago that, for the first time, spelled out how the extinction of a parent population could leave strongly marked varieties as apparently new species of that family. It has long since been referred to as Wallace's ‘Sarawak Law’. It was published in September 1855 and dwelt on the importance of extinction and descent with modification – divergence – as vital elements in the process of species change over time (Wallace, 1855). His revolutionary ideas, however, seemingly attracted little attention at the time.

The following propositions in Organic Geography and Geology give the main facts on which the hypothesis is founded.

1. Large groups, such as classes and orders, are generally spread over the whole earth, while smaller ones, such as families and genera, are frequently confined to one portion, often to a very limited district.

3. When a group is confined to one district, and is rich in species, it is almost invariably the case that the most closely allied species are found in the same locality or in closely adjoining localities, and that therefore the natural sequence of the species by affinity is also geographical.

6. Most of the larger and some small groups extend through several geological periods.

7. In each period, however, there are peculiar groups, found nowhere else, and extending through one or several formations.

8. Species of one genus, or genera of one family occurring in the same geological time are more closely allied than those separated in time.

9. As generally in geography no species or genus occurs in two very distant localities without being also found in intermediate places, so in geology the life of a species or genus has not been interrupted. In other words, no group or species has come into existence twice.

10. The following law may be deduced from these facts:--Every species has come into existence coincident both in space and time with a pre-existing closely allied species.

This law agrees with, explains and illustrates all the facts connected with the following branches of the subject: — 1st. The system of natural affinities. 2nd. The distribution of animals and plants in space. 3rd. The same in time, including all the phaenomena of representative groups, and those which Professor Forbes supposed to manifest polarity. 4th. The phaenomena of rudimentary organs. We will briefly endeavour to show its bearing upon each of these.

Wallace, A. R. 1855. “On the law which has regulated the introduction of new species” Annals and Magazine of Natural History, 2nd Series, 16:184–196. http://www.esp.org/books/wallace/law.pdf

Durian : The King of Fruits

“If I had to fix on two only, as representing the perfection of the two classes, I should certainly choose the durian and the orange as the king and queen of fruits.” 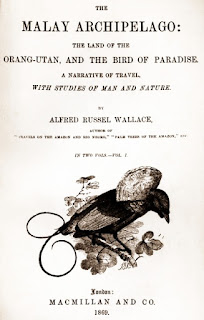