Muntingia calabura is the sole species in the genus Muntingia.  It is a plant native to tropical America, now naturalized and widely distributed throughout the tropical regions. 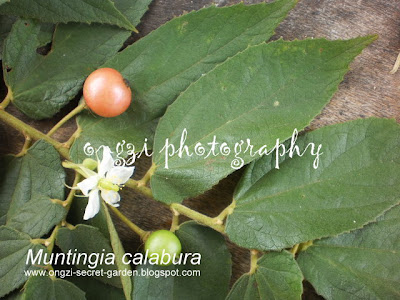 Muntingia calabura grows easily via seeds dispersed by birds.  It can thrives in poor soil, thus often a pioneer species, or used in reforestation projects.    Often it is considered as invasive weed. 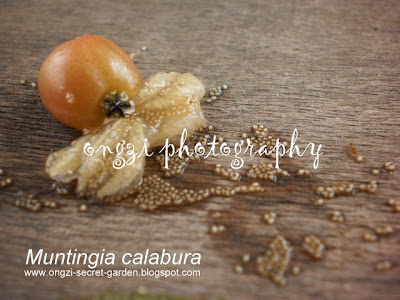 Leaves are borne on a stem in a definite fixed order, or phyllotaxy, according to species . For identification purposes, leaves are classified according to type and shape, and types of margins , tips and bases , and venation .

Garudah is a Ruta angustifolia Pers, a shrub from the Rutaceae family.

Ruta 芸香 is a strongly scented evergreen shrub.  There are some 40 species of rues, native to the Mediterranean, Macronesia and southwest Asia.  Extracts from rue had been used to treat eyestrain, sore eyes, and as insect repellent.  It is also used internally as an antispasmodic, as a treatment for menstrual problems, as an abortifacient, and as a sedative.

There are about 8 to 40 species in the genus.  Among them are : R. angustifolia, R. chalepensis, R. corsica, R. graveolens, R. montana. 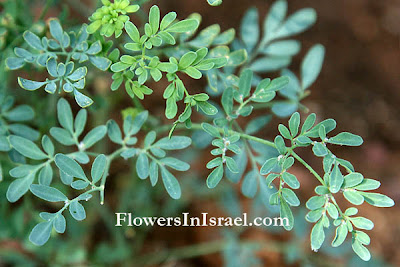 Nevertheless, both R. graveolens and R. angustifolia are native to the Mediterranean region.  Both leaves, which are harvested for medical purpose, are bipinnate or tripinnate with blue-green colour and strong distasteful odor.  Flowers are however delightfully yellow.  It is incredibly bitter, almost unpalatable.   They has been used for medicinal and culinary purposes since ancient times.  It is propagated by seeds and cuttings.