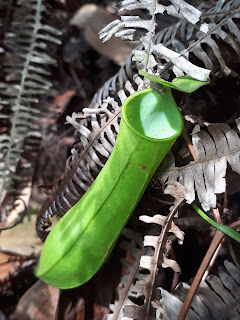 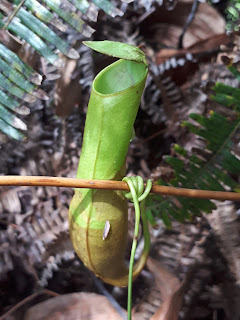 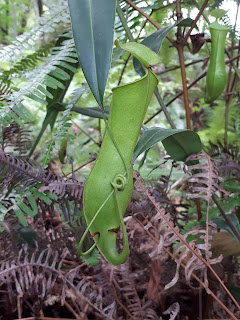 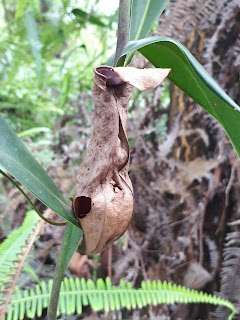 p.s. special thanks to Patrick Ong @ fb for ID
Posted by Ongzi at 22:15 No comments: 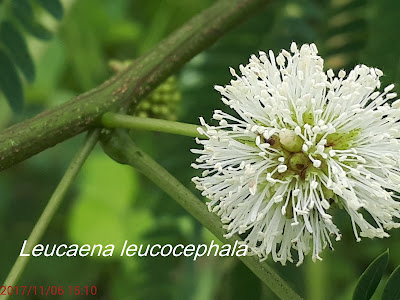 Leucaena leucocephala ( petai belalang ) has been described as a ‘miracle tree’ for its multiple uses, yet also dubbed as a ‘conflict tree’ as a noxious weed.

Described as the world’s most widely used forage tree legume by FAO, L. leucocephala in an excellent source of high-protein fodder for animal feed and excellent firewood, and efficient in nitrogen fixation.  The young shoots, young pods, and mature seeds are consumed as food for human.  However, it contains mimosine, a toxic amino acid to non-ruminant vertebrates.

Yet, it is listed as one of the 100 worst invasive alien species by IUCN Invasive Species Specialist Group.  It can grow wide range of soil and rainfall environment, grows quickly and forms dense thickets and produces large quantity of seeds. 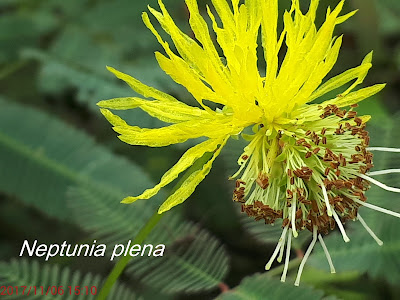 Neptunia plena ( aquatic sensitive plant ) is an invasive plant thriving on waterlogged area and watercourses.  It is not confined to wetlands but tolerates considerable flooding.  During dry period, the plants become dormant and persist as seeds.  It can lead to increased algal blooms reduce water quality by preventing light penetration and reduce oxygenation of water.

N. plena and N. oleracea are both referred as ‘water mimosa’.  Water mimosa is a restricted invasive plant under Queensland’s Biosecurity Act 2014. 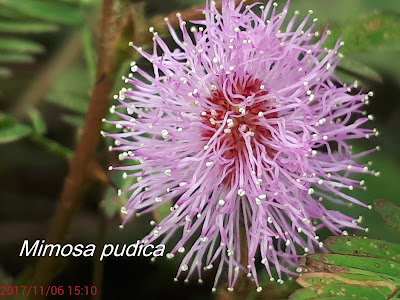 Mimosa pudica ( sensitive plant )  is most probably the well-known for its rapid plant movement.  It is most often grown as potted plants for its curiosity value.  It also became an ideal plant for experiments regarding plant habituation and memory.

M. pudica has been listed in the Global Invasive Species Databease 2010. 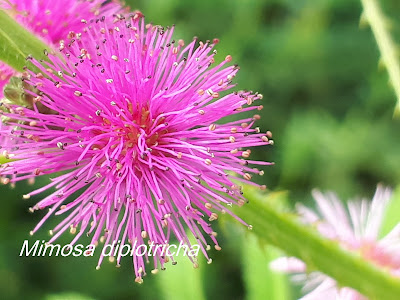 Although M. diplotricha is an excellent ground cover and green manure, it is restricted invasive plant under Queensland’s Biosecurity Act 2014. 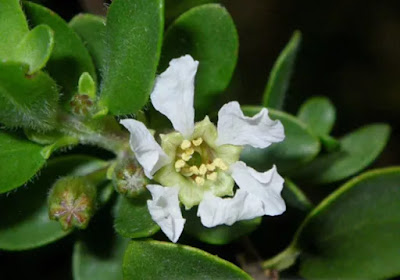 KUALA TERENGGANU: Bonsai tree collectors have been told to stop collecting the highly-prized Mentigi tree (Pemphis acidula) which is now listed as critically endangered by the International Union for Conservation of Nature (IUCN),

The Mentigi tree is a slow-growing species but a hardy plant which was once abundant along the rocky banks and broken corals in Pulau Redang, Pulau Perhentian and Pulau Kapas. It is not an easy plant to extricate as the roots are usually firmly embedded in rocks or boulders. 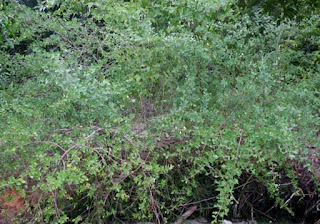 However, since the plants became popular as a bonsai specimen, it has become the target of collectors although most of the areas where it grows are gazetted forest reserves.

Removing the plant is punishable under Section 15 of the Forestry Act 1984 for taking forest produce from a permanent reserved forest.

Mentigi tree is now listed as critically endangered by the International Union for Conservation of Nature (IUCN). Photo by Ron Yeo of Tidechaser.blogspot.my
“The Mentigi is a unique plant. It is hardy and slow-growing. Its natural habitat along rocky shores on the islands suggests that it is providing protection just like mangrove does to coastal areas,” said State Forestry director Datuk Ahmad Fadzil Abdul Majid.

He said collectors take great risks by removing the plants because a Mentigi tree would have its trunk roots firmly embedded in the rocks or boulders.

“Collectors need to chisel away the rocks and the process may take days. They have to endure that heat and wind. More than one person may be involved in collecting the plant. Even if they succeed, there is no guarantee that the tree will survive re-potting.

“So it is best to leave the trees where they are. It is not worth risking the dangers and the possibility of being caught removing a protected plant species from a forest reserve,” he added.

Meanwhile, a collector who declined to be named said a top grade medium-sized Mentigi bonsai could fetch as much as RM30,000 per plant.

“What is available among collectors now are plants that have been trained over many years. New plants cannot be immediately made into a show plant,” added the collector.
Posted by Ongzi at 22:11 No comments: