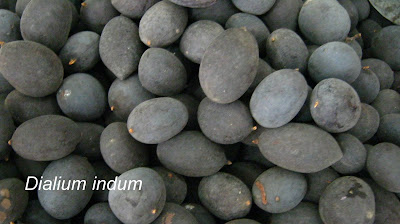 A search in internet found very little information of the fruit.  Nevertheless, the name ‘keranji’ is familiar within local community, often used in name of places, roads, even apartments & housing estates, yet not many had actually seen or tasted the fruit, especially the younger generation.

During the 1980s, kids back then have not much choice of snacks.  Keranji was one of the cheapest, somehow palatable and fun too.   Two person with a handsome stock of keranji would play a game  of ‘keranji-fighting’.   Each holding a keranji and push toward each other, whomever’s keranji cracks, shall surrender the bet, normally a keranji.
The fruit is edible, has a powdery texture, taste sweet and sour, similar to tamarind ( Tamarindus indica ).   Fresh fruit’s skin is dark blue in colour.  The fruit of oval shape.  When fresh, the flesh is of light brown in colour, turning darker when aged.
Yet, no records of extensive cultivation reported.  The keranji fruits occasionally found in local market may be of wild stands.
Posted by Ongzi at 22:59 No comments: 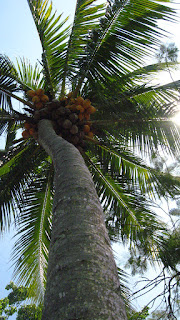 Coconut , Cocos nucifera is a member of the family Arecaceae ( Palmae – palm family ).  It is the only accepted species in the genus Cocos.    The term coconut can refer to the entire coconut palm, the seed, or the fruit.
Found across most part of the tropics, coconut is known for its great versatility in the many uses of its different parts.
Its endosperm is know as the edible ‘meat’ of the fruit, when dried, it is called copra ;
the oil and milk derived from the ‘meat’ are commonly used in cooking and frying ;
coconut oil can made into soaps and cosmetics ;
coconut water is a refreshing drink, and can be processed into alcoholic drink ;
the sap derived from incising the flower cluster can be processed into palm sugar, and alcoholic drink ;
apical buds of adult palm, known as ‘heart of palm’ are harvested for consumption, are a rare delicacy ;

the husks can be processed into fiber for use in ropes, mats, brushes sacks, mattresses, mulching, and building material ;
fresh leaves are weaved into shell as a container to fill rice and cooked to make ketupat ;
dried leaves can be made into brooms, roofing ;
husks and shells can be used for fuel and made into charcoal ;
trunk are used for house construction, building small bridge ; etc
Botanically, the coconut fruit is a drupe, not a true nut.  Like other fruits, it has 3 layers ; exocarp ( skin ) , mesocarp ( husk ), and endocarp ( hard shell containing endsperm ) 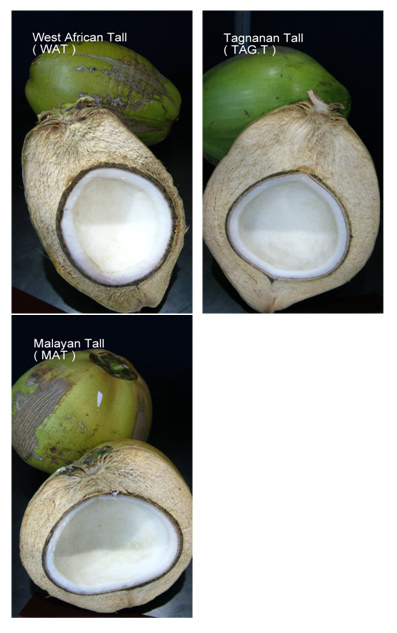 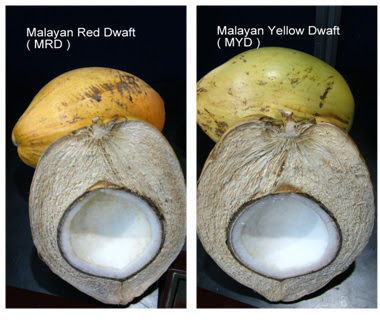 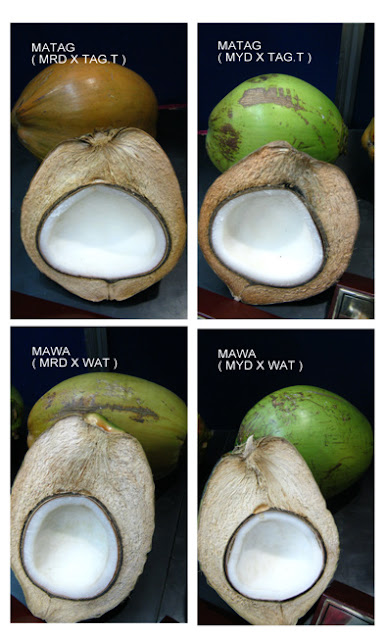 Kekabu ( in Malay ) is Ceiba pentrandra, a tropical tree of the family Malavaceae ( previously a member of Bombacaceae.   Bombacaceae is not recognized by the APG I 1998, APG II 2003 and Kubitzki System 2003 as a family, instead as a subfamily Bombacoideae within Malavaceae sensu lato  ) , native to tropical America.   Another variety, Ceiba pentrandra var. guineensis, native to tropical west Africa.   It is mostly known as Kapok.
The tree grows up to 60 – 70 m tall.  The leaves are compound of 5 – 9 leaflets, each up to 20cm length.  The fruit is about 15cm in length, dehiscent.  The seeds surrounded by a fluffy, yellowish fiber that is a mix of lignin and cellulose.
USES
The fibre is light, buoyant, resilient and resistant to water.  It is difficult to spin thus is used as an alternative as filling in mattresses, pillow, stuffed toys, and for insulation.
Seeds produced oil used in soap making. 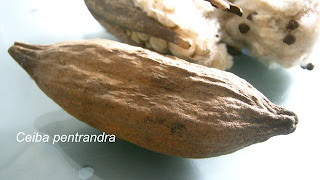 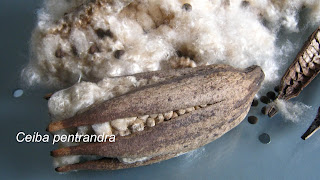 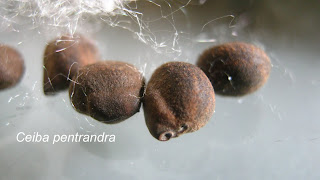 CULTURE
The tree is the official national tree of Puerto Rico and Guatemala.
The Honduran city of La Ceiba, and Puerto Rican town of Ceiba were named after this tree.
It is a sacred symbol in Maya mythology
Posted by Ongzi at 15:39 No comments: 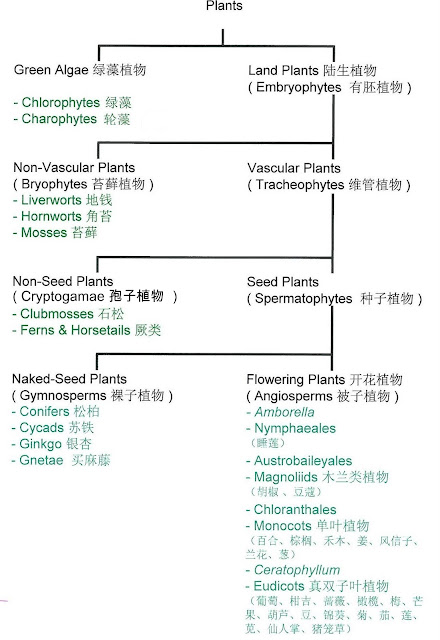 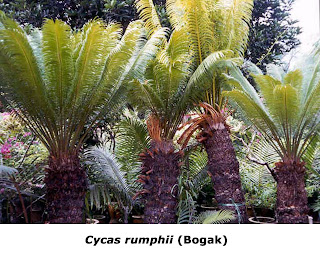 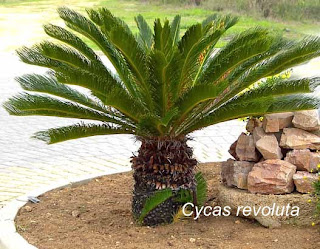 Cycas is the only genus in the family Cycadaceae of about 95 species.
The generic name ‘Cycas’ comes from Greek ‘Koikas’, which means “a kind of palm”, but they are not palms at all !
Cycas is native to the tropical regions of Old World.  It can be found in eastern Asia, south east Asia, eastern Africa, northern Australia, Polynesia, and Micronesia.
The best-known species are  Cycas revoluta, widely known as ‘King Sago’ and  Cycas rumphii, ‘Queen Sago ’.
Cycas are generally symmetrical, with a crown of shinny, light to dark green leaves.
Trunk is about 20 – 40 cm in diameter, lengthens with age.  The trunk is very slow-growing.

Cycas are very popular as ornamental plant.  However, there are reports that the plant is poisonous to animal if ingested. 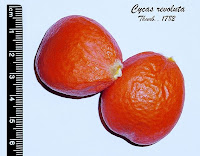 Somehow, pets find the plant very palatable.  Basically, all parts of the plant are toxic.  The seeds, especially, contain the highest level of toxin cycasin.  Cycasin causes gastrointestinal irritation, and in high doses, leads to liver failure.  Other toxins include beta-methylamino L-alanine, a neurotoxic amino acid.
Clinical symptoms may include  vomiting, diarrhoea, weakness, seizures, liver failure, or hepototoxicity characterized by icterus, cirrhosis, and ascites.  The pet may appear bruised, have nose bleeds ( epistaxis ), blood in the stool ( melena ), bloody straining ( hematochezia ), and blood in the joints ( hemarthrosis ).
Even though Cycas are highly poisonous, starch extracted from it’s trunk is a less-common food source for some people of the Pacific and Indian Oceans.   The stem, root and seeds are grinded, and repeatedly washed to leach out the toxins, and then dried to produce a starch similar to palm sago.
Posted by Ongzi at 15:29 No comments: