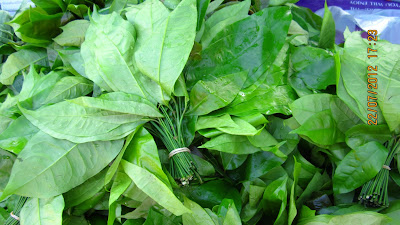 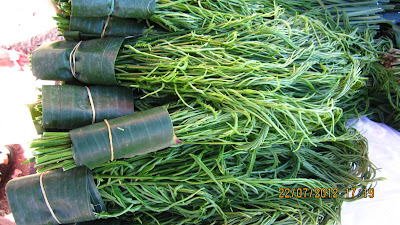 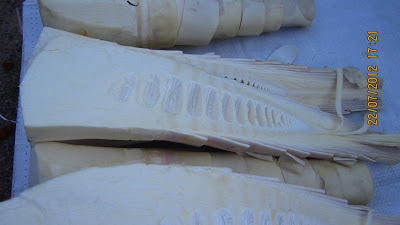 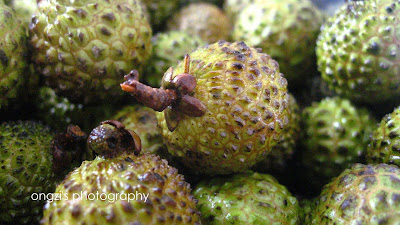 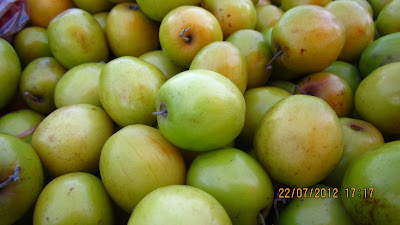 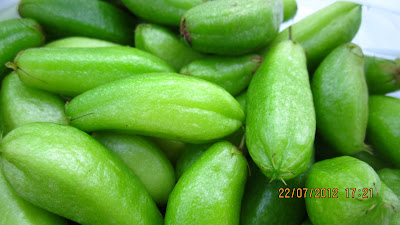 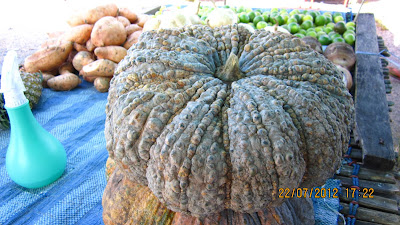 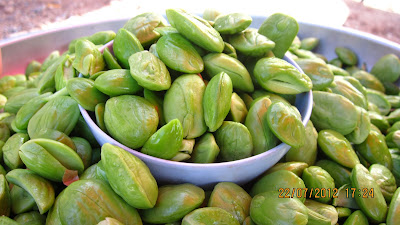 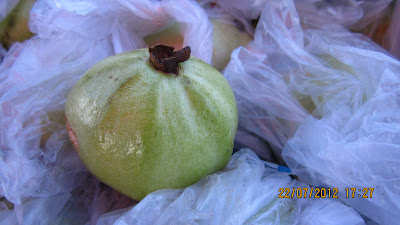 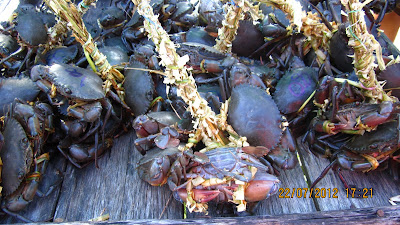 ( lastly, mud crabs. Scylla sp.
What an interesting way to tie them up )

This diorama depicts the type of agriculture the Iroquois practiced when Europeans came to what is now Upstate New York, beginning about 1600. This exhibit strives to be authentic in all respects, from the major setting to the small details. The plants and animals displayed are accurate replications of those that inhabited the Iroquois world.

The Three Sisters are the three main agricultural crops of Native American in North America : squash, maize and beans.

The three crops are planted close together in the field.  maize are planted on flat-topped mounds ( 30cm height x 50cm width ) of soils.  Rotten fish or eels are buried in the mound for fertilizer.  When the maize is 15cm tall, beans and squash are planted alternately around the maize.

The maize provides a structure for the beans to climb, eliminating the need for poles.  The beans would provide nitrogen to the soil.  The squash spread over the ground, blocking the sunlight, establishing a living mulch.

Maize lacks the amino acid lysine and tryptophan, of which beans rich in.  therefore maize and beans together provide a balanced diet.

Squashes may have been first cultivated in Mesoamerica some 8,000 to 10,000 yeas ago.

Summer squashes are harvested during immature stage, while the skin is still soft and the fruit is rather small.  They are eaten almost immediately and require little to no cooking.  Summer squashes include : pattypan, yellow crookneck, zucchini. 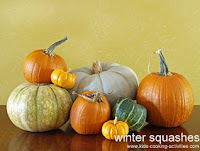 Squashes derived from an inferior ovary, are botanically classified as a pepo, which is a special type of berry with a thick outer wall or rind formed from hypanthium tissue fused to the exocarp ; the fleshy interior is composed of mesocarp and endocarp.

Maize is domesticated in Mesoamerica as early as 10,000BC.  By 2,500 BC, it had spread through much of the Americas. In the late 15th and early 16th centuries, European explores bring maize back to Europe and introduced it to other part of the world.

Sugar-rich varieties are called sweet corn, are usually grown for human consumption ; while field corn varieties are used for animal feed and as chemical feedstocks.

Botanically a caryopsis,  the kernel of maize seed has a pericarp of fruit fused with the seed coat.

Beans are also high in purines, which metabolized to urid acid.  Urid acid promotes the development of exacerbation of gout.

Beans are legumes, having dicotyledon seeds in pods. 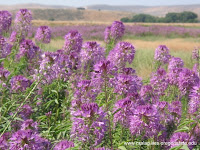 The Tewa and other Southwest tribes often include a ‘fourth sister” known as Rocky Mountain bee plant ( Cleome serrulata ), which attracts bees to help pollinate the beans and squash.  Its seeds can be eaten raw or cooked, or dried and ground into meal.  The leaves, flowers and shoots can be cooked and eaten as vegetable.  An infusion of the plant is used to treat stomach problems and fevers, and poultices made from it can be used on the eyes.  A dye, called ‘waa’ in the Navajo language, is extracted from the plant, for painting pottery. 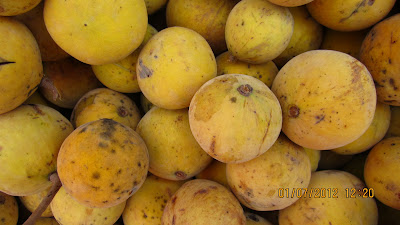 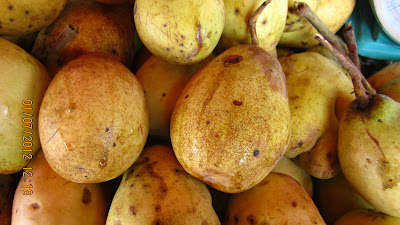 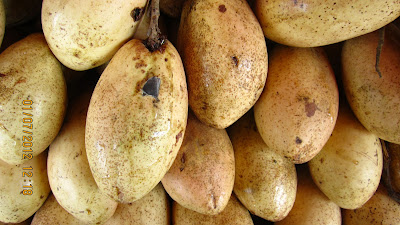